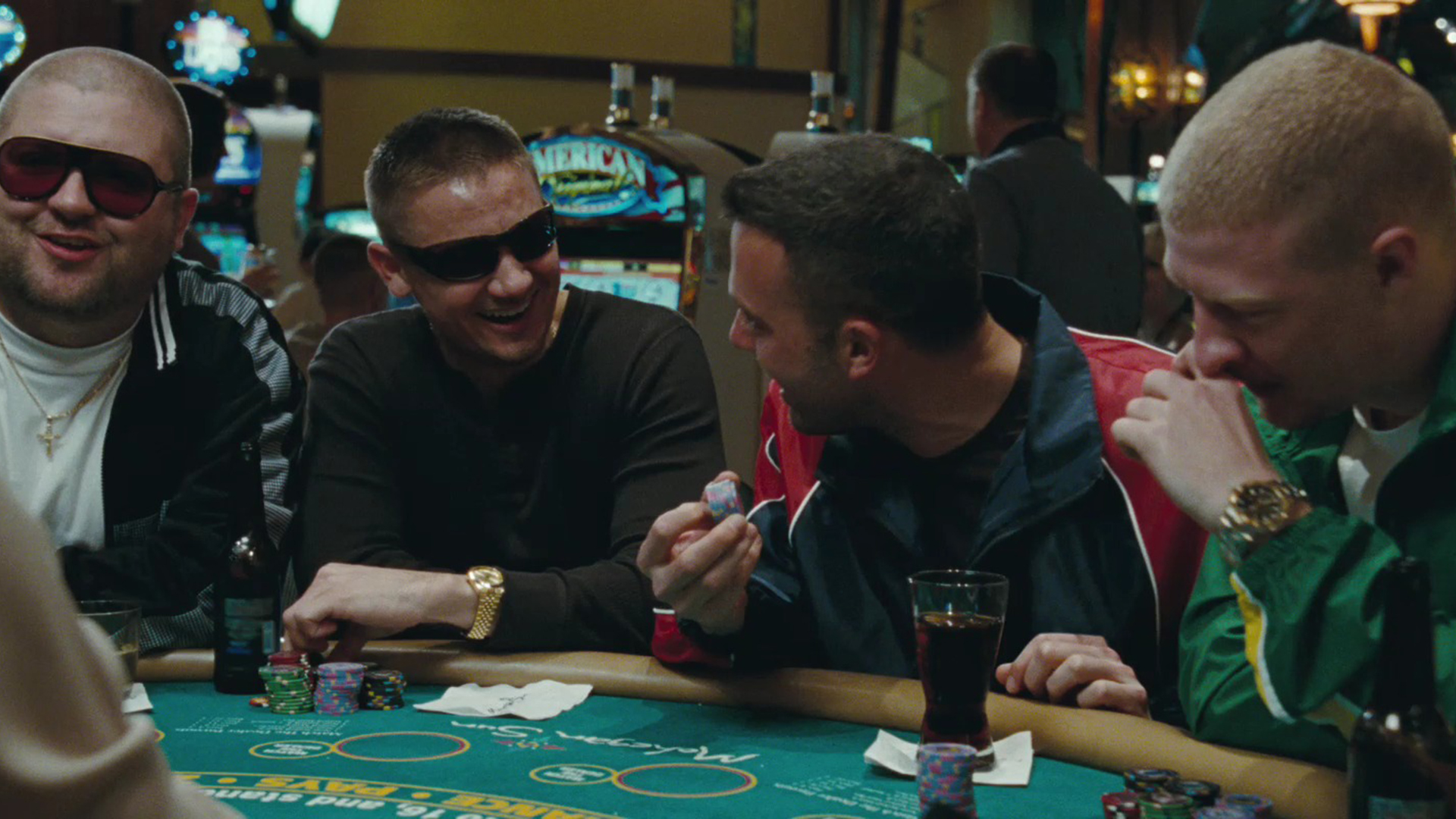 Common Sense Note Parents need to know that this gritty, tension-filled thriller directed by Ben Affleck about a crew of Boston bank robbers has plenty of excitement -- and plenty of graphic violence. The main characters are drawn into high-powered shoot-outs with the cops that leave several people dead or dying in pools of blood (two characters are shot in the head on screen). There are several bar scenes with a good bit of drinking, as well as near-constant swearing ('f--k' 's--t,' and more). There are a few sex scenes, too, but, ultimately, it's the realistic, intense violence that parents really need to watch out for.

Sexual Content One very quick glimpse of a stripper's bare breast and two sex scenes that feature writhing, grinding, and passionate sounds, but no nudity. Violence Several intense shoot-outs, a few beatings, and some point-blank, execution-style killings. Two characters are shot in the head, on screen, which yields plenty of spraying blood.

Another is savagely pummeled with rifle butts, and one man is shot in the groin at close range. Language Tons of swearing -- particularly 'f--k,' but also 's--t,' 'd--k,' 'c--k,' 'ass,' 'hell,' and 'goddamn.' Social Behavior The movie seems to be saying that it's possible for people to escape their upbringing, but it may require them to turn their backs on friends and loved ones -- a tough choice, and one that's especially difficult here, because the film also highlights the importance of loyalty. Consumerism Some of the characters drink from Budweiser bottles. Drugs / Tobacco / Alcohol Several scenes feature people drinking in bars or at parties, and there several references to oxycontin and heroin. One of the main characters is a teetotaler who drinks juice at the bar while his friends pound beers and is later seen going to an AA meeting.

One character's promising future was scuttled by drugs.