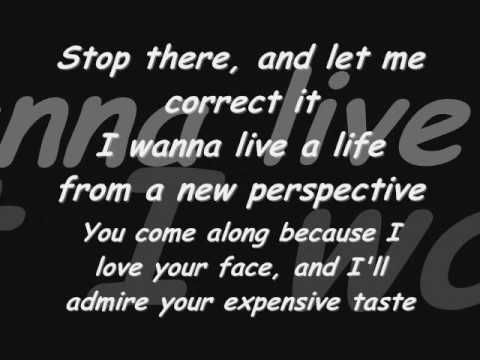 • • ' New Perspective' is a song by American band, released on July 28, 2009 as a promoting the film. Vocalist began writing the song two years prior to its recording regarding a he had. The song was completed in the summer of 2009, and was co-written by producer. 'New Perspective' was Panic! At the Disco's first single in aftermath of the departure of guitarist and bassist, both of whom had no involvement in the track.