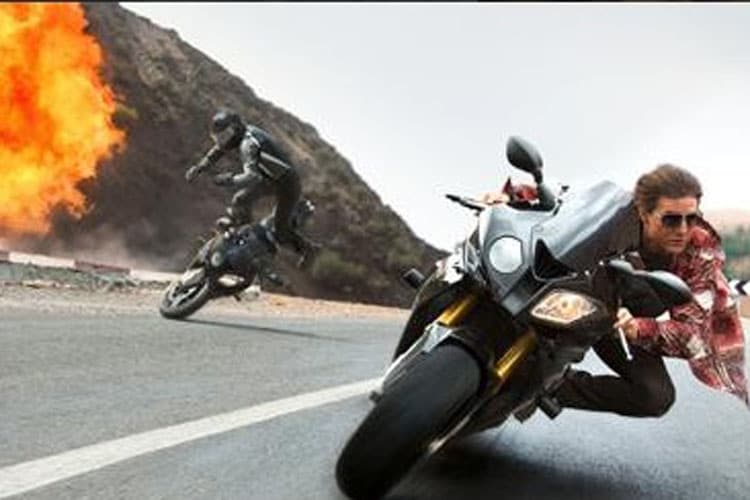 TL;DR: Visually stunning, action filled and down to earth action sequences (no over the top BS). Storyline with nice twists and pretty good for an action movie, though watching Ghost Protocol helps getting to know the IMF crew (there's no introduction this time around). **spoiler-free** Rogue Nation, like the latest movies in the franchise and others in the spy/action genre, starts with a small crew, with little support, against huge odds, having to deal with challenges that seem impossible (no pun intended). What makes Rogue Nation better than most is that it makes it all plausible without super-human characters, crazy gizmos (except one that I shaw not mention, but it is not overused like in M:I II), and brilliantly made down-to-earth action sequences.

The latest 007 movies are following the same ideals, but M:I has made a solid choice of supporting actors (specially Simon Pegg) that add a subtle layer of comedy and improvisation, which helps a lot into building some suspense in the audience - it feels like as if they are as clueless as we are of what is going to happen. Another great aspect that sets this moving apart are the terrific action sequences which are paired with outstanding sound effects and music score (without spoiling, there is an entire action sequence that plays with this very aspect). Was lucky enough to watch a pre-screening on IMAX, and strongly recommend watching it on IMAX or a theater with a good audio setup. The storyline, while not hard to follow, benefits from having watched at least Ghost Protocol, since key characters are back and lack some introduction, and the story somewhat picks from what took place in the last instance. Much like Ghost Protocol, the storyline packs some interesting twists and doesn't seem obvious - even though we all know that the good guys win, Rogue Nation adds some shady characters which are not as black and white, making for some interesting development. Overall a highly entertaining movie, packed with stunning action sequences and a storyline that is well thought-out and manages to keep the audience hooked until the end.