Though Kipling’s story has been adapted countless times, Mowgli: Legend of the Jungle, out today on Netflix, especially harnesses the story’s inherent violence. The movie, directed by Andy Serkis, exchanges the original songs found in Disney’s charming adaptations (both the 1967 cartoon and ) for sheer terror. 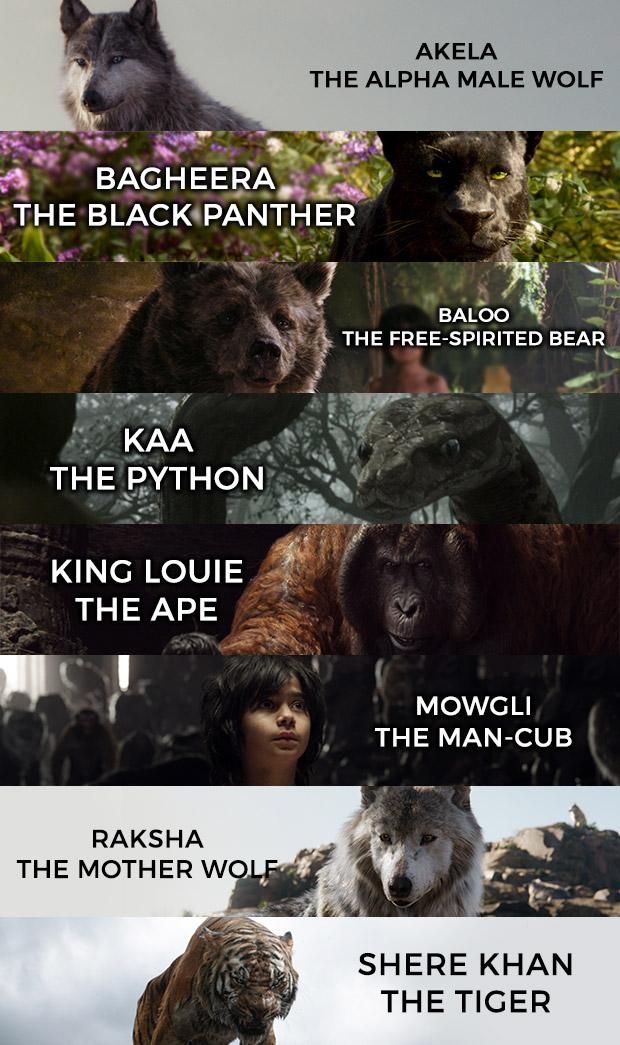 UMG (on behalf of Walt Disney Records); Walt Disney Music Company (Publishing), UBEM, PEDL, UMPI, and 3 Music Rights Societies Song Trust In Me (The Python's Song) (From 'The Jungle Book' / Soundtrack Version). The Jungle Book is a 1967 American animated film produced by Walt Disney Productions and released on October 18, 1967. The 19th animated feature in the Disney Animated Canon, the film is noted for being along with The Aristocats (1970) the last film project to be approved by Walt Disney himself. Visit the official site for Disney's The Jungle Book to watch videos, play games, find activities, browse photos, meet the characters and buy the movie. The Jungle Book has always been one of my favorite Disney films, and I have fond childhood memories of these characters. I was most excited to see how a 'real-life' adaptation would turn out! A few points of interest.

Case in point: When Mowgli (an excellent Ronan Chand) visits the apes in Mowgli: Legend in the Jungle, he’s brutally beat up — not treated to a rendition of This is just to say that Mowgli: Legend of the Jungle is nightmare-inducing, both for its inclusion of scary plot twists and tigers that look like. Mowgli’s real identity crisis begins after Akela, his protector, is nearly deposed as leader. After Akela misses his target in a hunting run, Shere Khan arrives to enforce the pack’s own law (dude has too much free time). According to their tradition, when a pack’s leader shows weakness, younger wolves are supposed to challenge him to a fight to the death.

Determined to protect his pack, Mowgli uses fire to stop the ritual and banish Shere Khan. It doesn’t go as planned. As punishment for using the “man’s tool” of fire on animals, Akela banishes him him from the pack and into the human village. Alas: The humans turn out to be utterly disappointing, too. In the village, Mowgli links up with someone with the same goals. Lockwood (Matthew Rhys) is an arrogant, frequently drunk English hunter who intends to kill Shere Khan to protect the village's cattle. But because Lockwood is a no-good colonizer, he kills a lot of other things, too — including Mowgli’s best friend, Bhoot (Louis Ashbourne Serkis), an albino wolf club.

With the inclusion of Lockwood, Mowgli: Legend of the Jungle deviates big time from the other movies and aligns itself with Kipling’s original text, which have imperialist themes.

If you and your kids are expecting Baloo to sing goofy songs with Mowgli in, you’ll be very disappointed. This dark adaptation of Rudyard Kipling’s is anything but cute and cuddly. Mowgli (Rohan Chand) is raised by wolves with some added help from Bagheera (Christian Bale) and Baloo (Andy Serkis) after his mother is killed by Shere Khan (Benedict Cumberbatch).

That sounds nearly identical like Disney’s The Jungle Book, but the movies diverge from there. Right before the movie was released in theaters, it was slapped with a PG-13 rating. The CGI/motion-capture animals in Andy Serkis’s Mowgli are creepy to put it nicely. They look like a weird animal-human hybrid.

Some of their facial features, especially in Balloo and Bagheera’s faces, are way too human. That’s already unsettling. Once you get past their nightmarish faces, you’ll notice that they’re covered in scars. Shere Khan walks with a limp because his right paw is deformed. It’s a bleak movie that focuses on the realities of the jungle, which is not really what parents are expecting to see when they watch The Jungle Book.